For Summerlin®, 2021 Another Year of Record Home Sales, Milestone Developments, and Continuing Evolution of Downtown Summerlin® 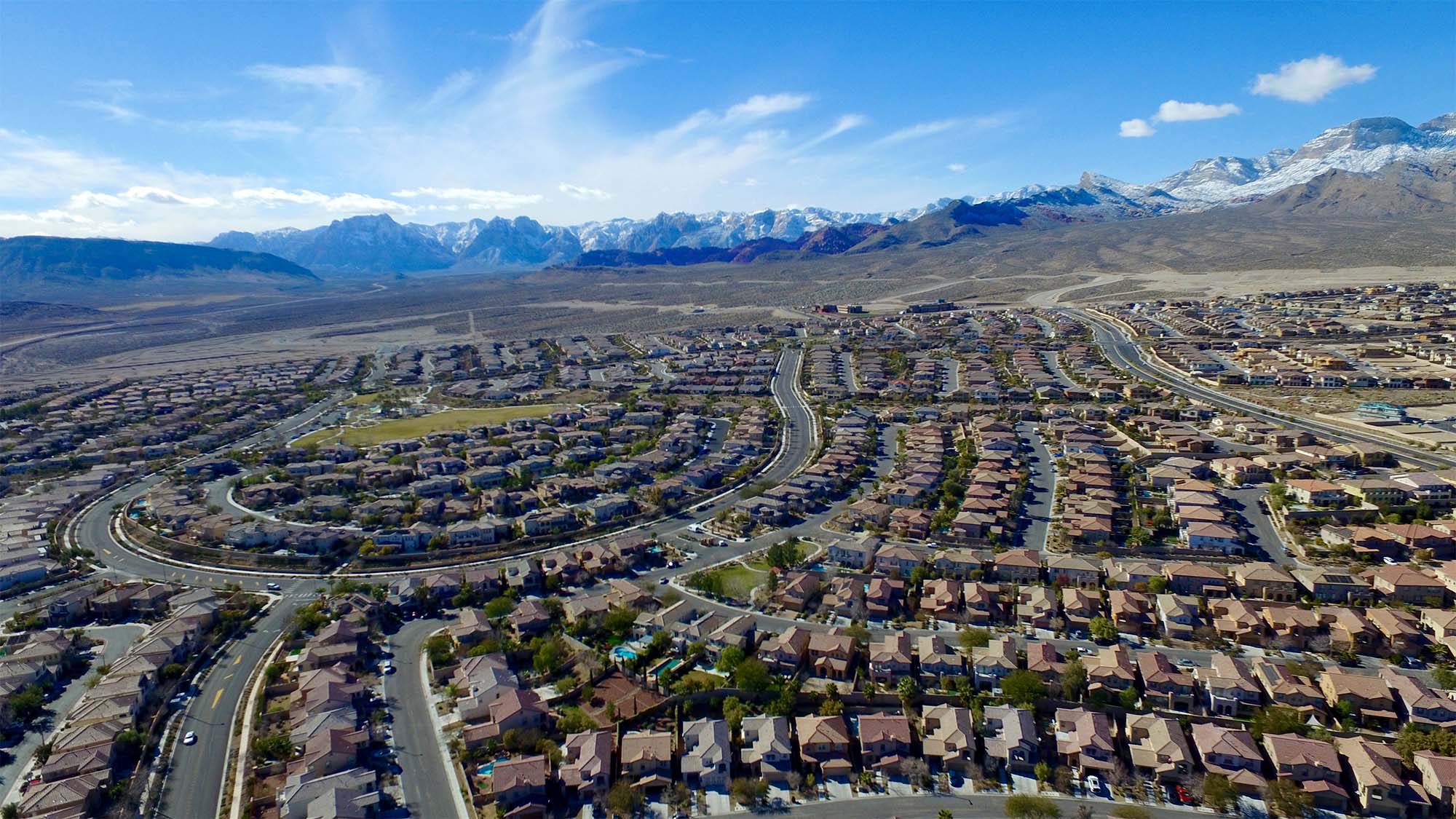 Las Vegas (Jan. 1, 2022) – The year 2021 was another one for the record books for The Howard Hughes Corporation® and its Summerlin® master-planned community (MPC) with a number of milestone developments that include continuing evolution and growth of Downtown Summerlin as the community’s urban core and one of the valleys most popular dining/retail/entertainment/sports destinations, record home sales via the nation’s top homebuilders, expansion into Summerlin West – the newest area under active development, and the addition of new major amenities throughout the community.

During 2021, four villages sold out: The Paseos, The Ridges, Reverence and Summerlin Centre, while only a few neighborhoods with homes for sale remain in Stonebridge, The Cliffs, South Square and the district of Redpoint Square.

At Downtown Summerlin, construction on two major projects began during the year.  They include 1700 Pavilion, a ten-story Class-A office building that is expected to be complete third quarter 2022. Downtown Summerlin’s third Class-A office tower, 1700 Pavilion is already enjoying strong interest with executed leases from a number of companies, including recently announced Wynn Design and Development.

Tanager Echo, the next phase of the Tanager luxury apartments, also got underway in Downtown Summerlin during 2021 and is expected to be complete by early 2023.  Desire for high-end urban-style living surrounded by the vibrancy of Downtown is driving demand for a greater volume of rental apartments in the community.  Tanager Echo will add nearly 300 more residences to Downtown Summerlin that include a variety of onsite amenities in addition to immediate access to all the area offers.

Seven new brands joined the Downtown Summerlin line-up during 2021, including Claire’s, Summer House, Beer Zombies, Free People, La Neta Cocina Y Lounge, Urban Outfitters and Harlo.  The year also saw the return of popular and beloved annual events and parades at Downtown Summerlin, including the Halloween Parade of Mischief, the Holiday Parade, and the Summerlin Festival of Arts, to name just a few.

According to Kevin T. Orrock, President, Las Vegas Region for The Howard Hughes Corporation, 2021 was a blockbuster year in terms of numbers.  “We saw record growth in the residential sector of the community with strong home sales, as well as record-breaking visitation and sales at Downtown Summerlin for dining, retail and entertainment,” said Orrock. “The destination’s desirability, coupled with the popularity of Las Vegas Ballpark, one of two major sports venues in Downtown Summerlin that is also owned by The Howard Hughes Corporation, well positions the area for further investment and growth.”

And finally, The Howard Hughes Corporation is working with the respective Summerlin Master Associations and the Summerlin Council to support their ongoing effort to remove non-essential turf areas throughout the community consistent with valley-wide water conservation initiatives.

In total, Summerlin currently offers more than 115 floorplans in 20-plus neighborhoods throughout eight distinct villages and districts. Homes, built by many of the nation’s top homebuilders, are available in a variety of styles – from single-family homes to townhomes, priced from the high $300,000s to more than $1 million.  For information on all actively selling neighborhoods, visit Summerlin.com. Before you visit, call the builders to check on hours of operation.  Phone numbers for each neighborhood are on Summerlin.com.

Developed by The Howard Hughes Corporation, Summerlin began to take shape in 1990 and has ranked in the country’s top 10 best-selling master-planned communities for nearly two decades. Located along the western rim of the Las Vegas valley, Summerlin encompasses 22,500 acres with approximately 5,500 gross acres still remaining to accommodate future growth, including infrastructure, open space and common areas, all within the master plan. The community is currently home to nearly 100,000 residents who enjoy an unparalleled list of amenities. These include more than 250 neighborhood and village parks, more than 150 completed miles of trails, 26 public and private schools, 14 houses of worship, ten golf courses, Downtown Summerlin, shopping centers, medical and cultural facilities, business parks and dozens of actively selling floor plans. Homes are available in a variety of styles – from single-family homes to townhomes– priced from the $300,000s to more than $2.5 million. Summerlin is recognized as one of the country’s premier locations to raise a family and to operate a business, named MPC of the Year for 2020 by the National Home Builders Association. For information on custom homesites in The Ridges please call 702.255.2500. Luxury apartment homes offer monthly rents starting from the $1,200s. Visit www.summerlin.com for more information.

About The Howard Hughes Corporation®

The Howard Hughes Corporation owns, manages and develops commercial, residential and mixed-use real estate throughout the U.S. Its award-winning assets include the country's preeminent portfolio of master planned cities and communities, as well as operating properties and development opportunities including: the Seaport District in New York; Columbia, Maryland; The Woodlands®, The Woodlands Hills®, and Bridgeland® in the Greater Houston, Texas area; Summerlin®, Las Vegas; and Ward Village® in Honolulu, Hawai'i. The Howard Hughes Corporation's portfolio is strategically positioned to meet and accelerate development based on market demand, resulting in one of the strongest real estate platforms in the country. Dedicated to innovative place making, the company is recognized for its ongoing commitment to design excellence and to the cultural life of its communities. The Howard Hughes Corporation is traded on the New York Stock Exchange as HHC.

Statements made in this press release that are not historical facts, including statements accompanied by words such as "will," "believe," "expect," "enables," "realize", "plan," "intend," "assume," "transform" and other words of similar expression, are forward-looking statements within the meaning of the Private Securities Litigation Reform Act of 1995. These statements are based on management's expectations, estimates, assumptions, and projections as of the date of this release and are not guarantees of future performance. Actual results may differ materially from those expressed or implied in these statements. Factors that could cause actual results to differ materially are set forth as risk factors in The Howard Hughes Corporation's filings with the Securities and Exchange Commission, including its Quarterly and Annual Reports. The Howard Hughes Corporation cautions you not to place undue reliance on the forward-looking statements contained in this release. The Howard Hughes Corporation does not undertake any obligation to publicly update or revise any forward-looking statements to reflect future events, information or circumstances that arise after the date of this release.