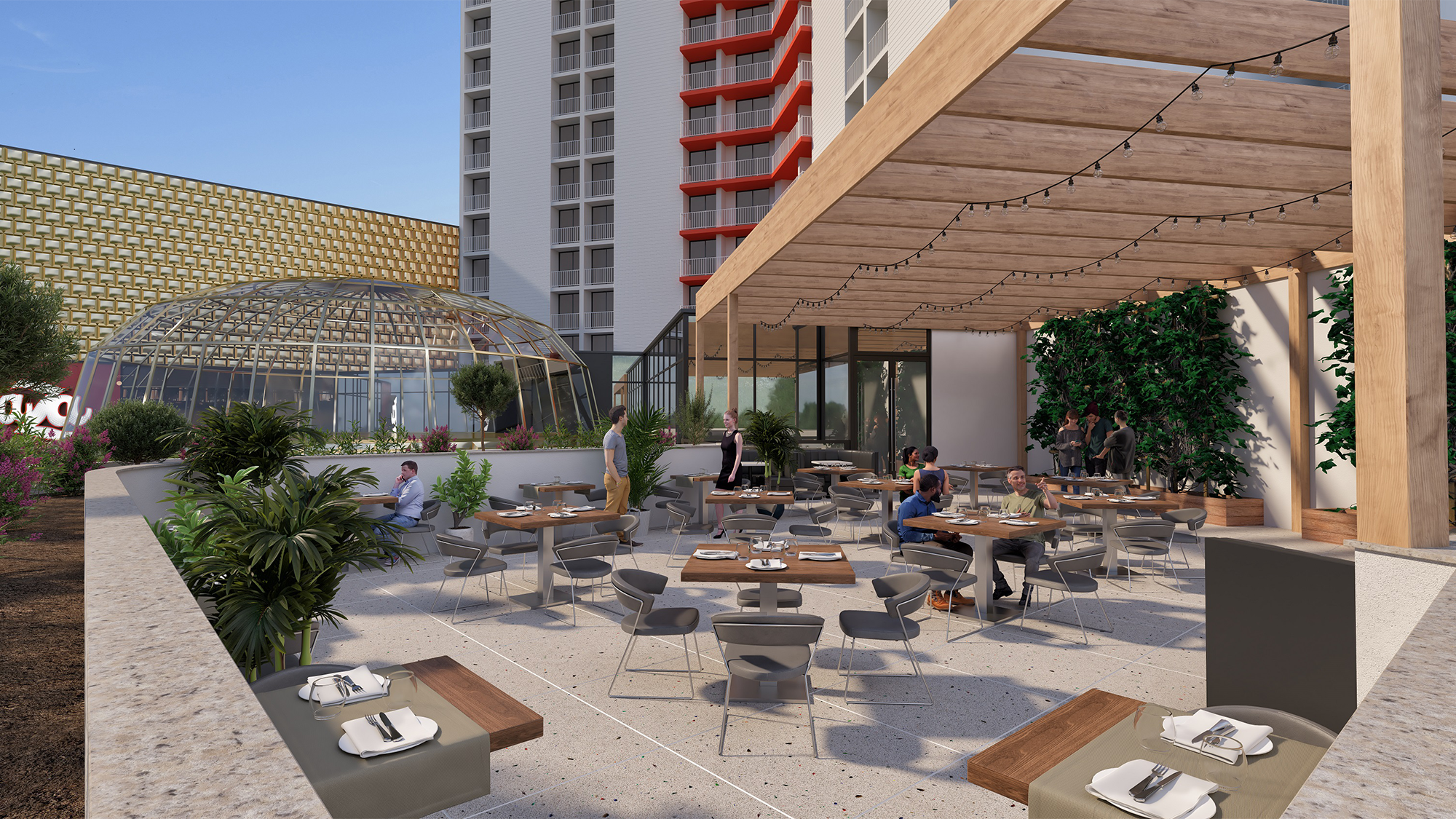 A life-sized bronze statue of Goodman with one of his notorious clients, Tony Spilotro now resides in the lobby outside the restaurant’s entrance. The statue entitled “Good Counsel” was created by master sculptor and acclaimed artist Brian Hanlon, who donated his time to the project and was inspired to honor Goodman for his important contributions to Las Vegas. Hanlon has more than 550 permanent installations nationwide including several statues in Las Vegas, such as Jerry Tarkanian at the Thomas & Mack Center and most recently, former President Barack Obama at the Historic Westside Legacy Park. 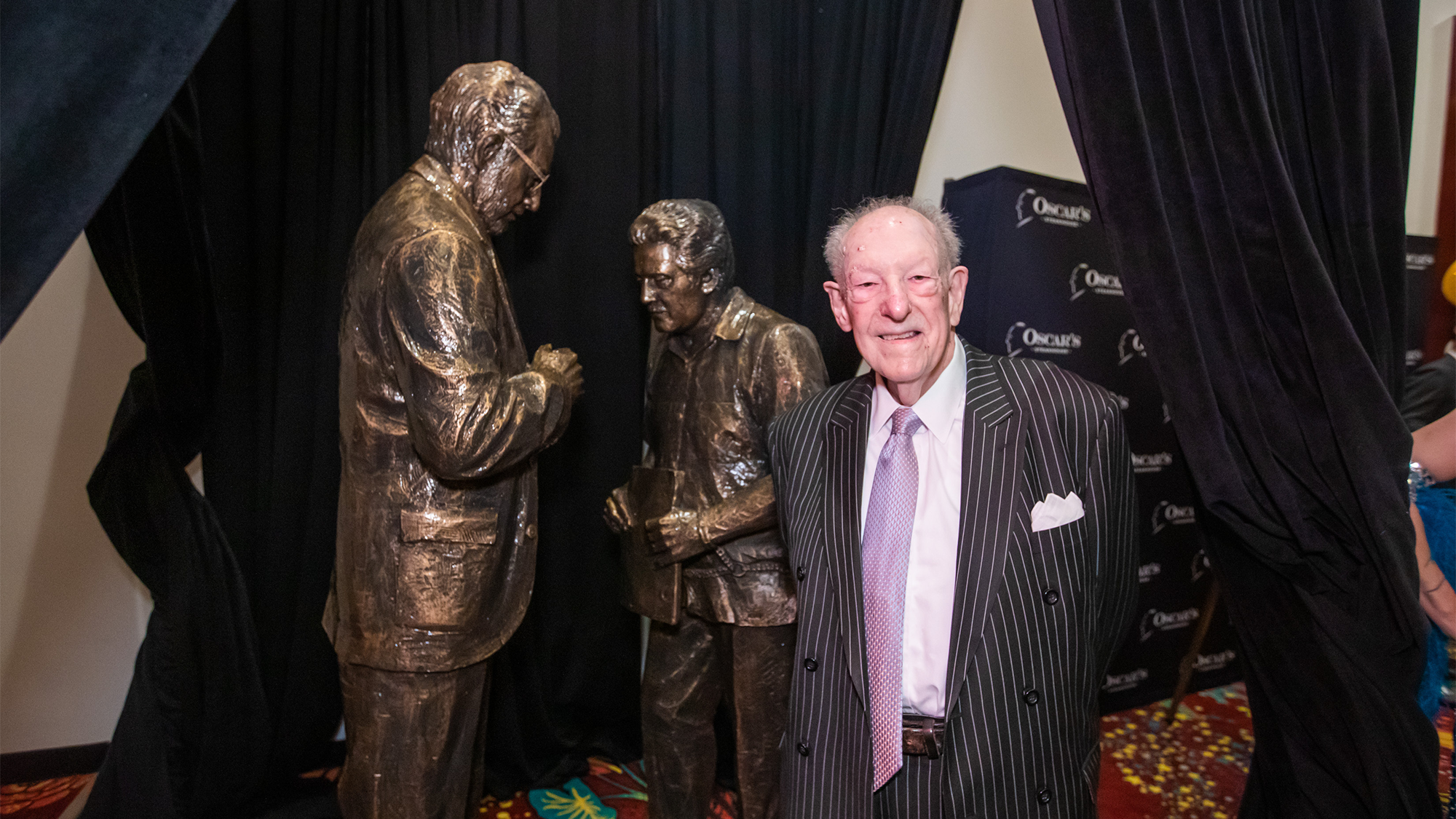 In its ten years, Oscar’s steakhouse has amassed numerous accolades as a must-visit dining destination in Las Vegas, attracting tourists from around the world as well as locals who enjoy the restaurant’s relaxed ambiance, personal service, delicious menu, and vintage Vegas vibe. To expand the dining experience of the popular restaurant, the Plaza will soon begin a construction project to add patio dining.

Oscar’s al fresco dining area will be created on a new rooftop structure that will be built adjacent to Oscar’s lounge. The new space is anticipated to seat 50 to 60 people and will offer the restaurant’s full dinner menu in addition to its extensive wine and cocktail lists. The patio at Oscar’s will also be a great new location for cocktail receptions with amazing views of the Plaza’s iconic glass dome as well as bustling Fremont and Main Streets. Construction is expected to begin this spring, and the restaurant will remain open during construction. 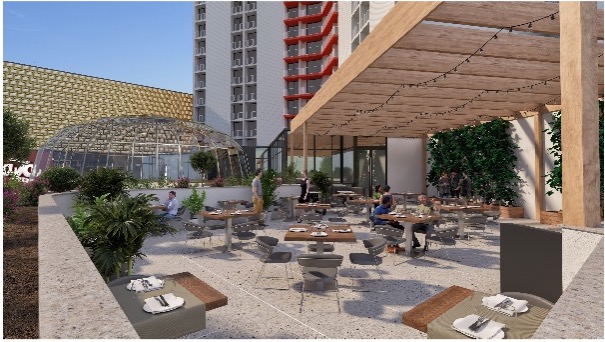